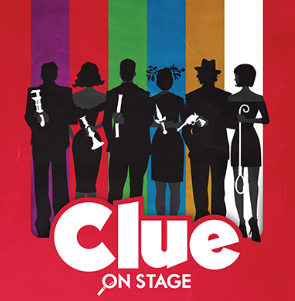 What was your favorite part about being in the play?

My favorite part of being in the play was just getting to know all the underclassmen better. Every cast member is so unique and fun to be around, so it was just nice being able to meet new people and create new bonds.

Did everything about this play meet your expectations?

Turnout in size of audience: no. It would have been nice to have had more people there, but those who mattered to us were present and that’s what mattered. Turnout in terms of quality of the play: no, but not in a bad way. We totally just improvised a few scenes. When we messed up or skipped a line, we just kept going and the cast had so much fun in the process. So it really couldn’t have gone any better.

If you had to briefly summarize the play, what would you say?

The play is about these six individuals invited to a dinner party. No one there knew the other guests, and everyone was to be addressed by pseudonyms. And then, after a few dead bodies, it turns into a giant puzzle of trying to find out who the murderer is, without getting murdered of course.

Did anything unexpected happen during the show?

Most of what happened was unexpected. As Mr. Boddy, a character in Clue, says, “I find that when you expect nothing you are never disappointed.” -Mr. Boddy. Between the mad ad libbing, improv, and two accident reports, you can say it was very interesting. But we all had a blast doing it.

Did you enjoy being a part of this production?

I would say this is my favorite production at DCHS that I’ve been a part of.