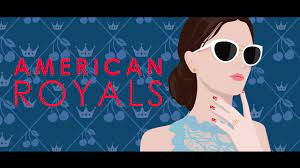 American Royals by Katharine McGee is another one of this years’ Rosie nominees. The novel answers the question of what if George Washington had become America’s king instead of president after the American Revolution. The story follows the lines of four different characters: Princess Beatrice, who is close to being America’s first queen regnant; Princess Samantha, who has a thing for breaking the rules; Daphne Deighton, who just wants the crown; and Nina Gonzalez, who is in love with a prince. Overall, I really enjoyed this book; however, switching points of view four times is a little much, I would have rather had one or two covered. (3.84/5 stars on Goodreads)