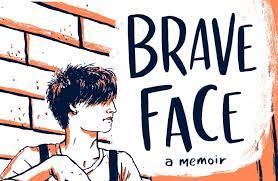 Brave Face is a memoir written by Shaun David Hutchinson that follows his struggles in the ‘90s with coming out and dealing with depression. With that he has to learn to accept himself and his new “vocabulary” as a gay man. His story takes place in a time where gay men, or gay people in general, weren’t as accecpted as they are today. That causes him a lot of stress. Personally, I really like this book. Shaun isn’t sugar coating his story. He isn’t painting everyone around him to be a villain, he admits to his flaws, and overall sounds like a decent person with a lot of good life lessons to share. Hutchinson isn’t trying to sound like he knows more than anyone else, he just speaks boldly and matter-of-factly like an honest human being.