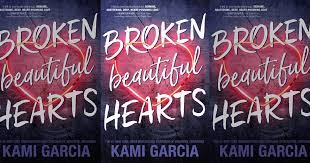 Broken Beautiful Hearts by Kami Garcia follows the main character Peyton Rios, a soccer star, through life. But when she confronts her boyfriend, her best friend’s brother, about his dark secret, she ends up with her knee shattered after ending up at the bottom of a flight of stairs. But when no one believes that the perfect boy pushed her down the stairs, she finds herself going to live with her uncle in redneck country, Tennessee. I personally really liked the book. I accidentally stayed up past midnight to finish the book in a single sitting. However, I did find the stereotypes to be very cliche, almost in a comedic way. It was a quick and easy read, that even had me hating a few characters, so based on that, I would say it was really good.