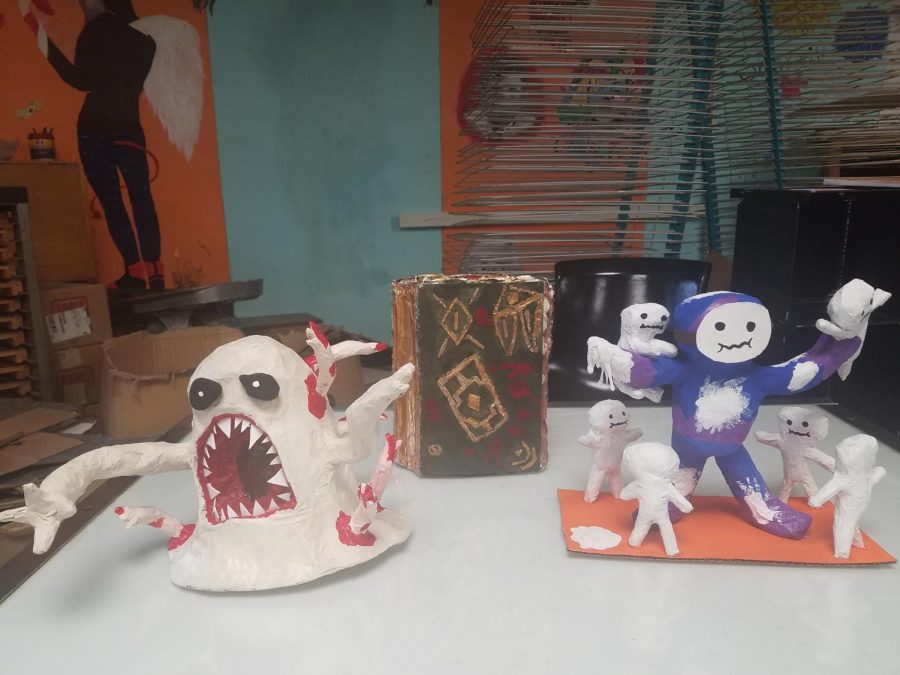 Artist of the month: Elijah Houser

Elijah Houser is a senior at Delphi Community High School with a gift for bringing the creatures of his imagination to life. He enjoys using materials that will give him 3D objects for his creatures and monsters, such as paper mache and clay.  For his inspiration he simply “sits down, and thinks for a little bit, then BOOM!” These ideas just seem to come to him for his sculptures. It started in elementary school. He used to draw his creatures on his papers in elementary school. After high school Elijah would like to “go into film: horror, action, thriller, heavy dialogue movies.” Even with his great sculptures, Elijah has never considered himself an artist. He says, “It is just a hobby for me— a way for me to express myself.”