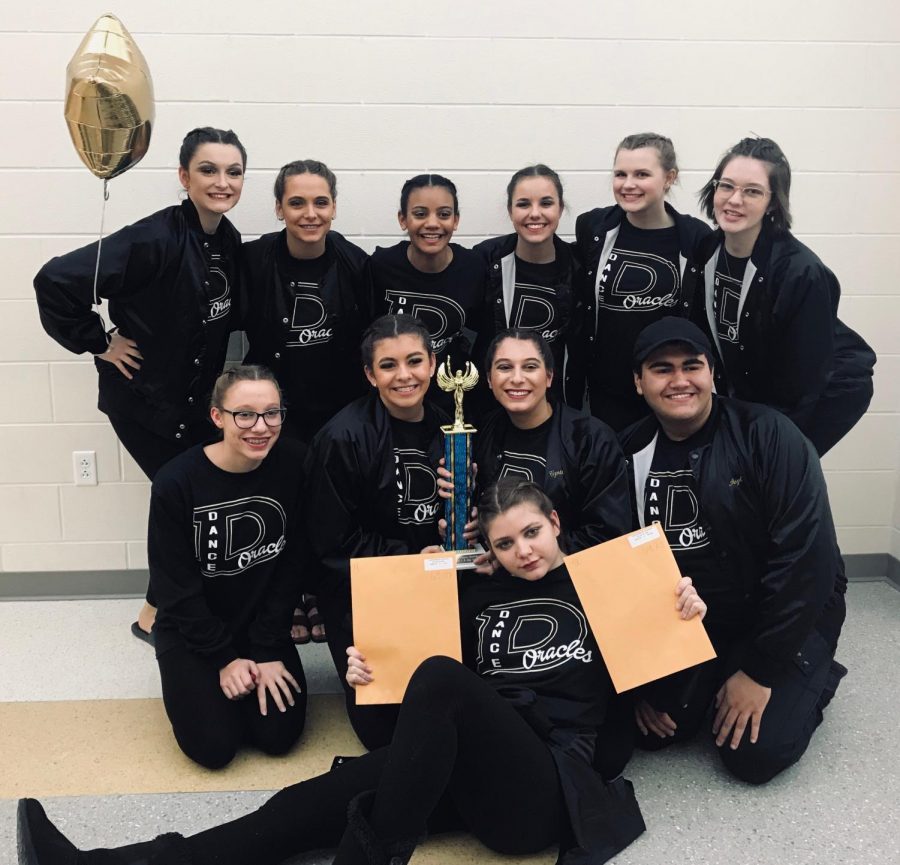 On Saturday, Dec. 8, the Delphi dance team including freshmen Kori O’Daniels, Maddie Prickett, Elyse Perry, Elaina Flores, Mazilyn Wilson, Sydney Ross, and Ariana Roman: sophomores Cynthia Rossi and Jessica Powlen; junior Angel Prince, and senior Madisyn Jacobs, will be having their first dance competition at Crawfordsville Middle School.  They will be performing a hip hop routine with a combination of songs from female rappers and a pom routine with 80’s rock songs.  Also, Madisyn Jacobs will be doing a lyrical solo to “All I Want.” They have been polishing these dances since the beginning of August and are now ready to take on the competition.