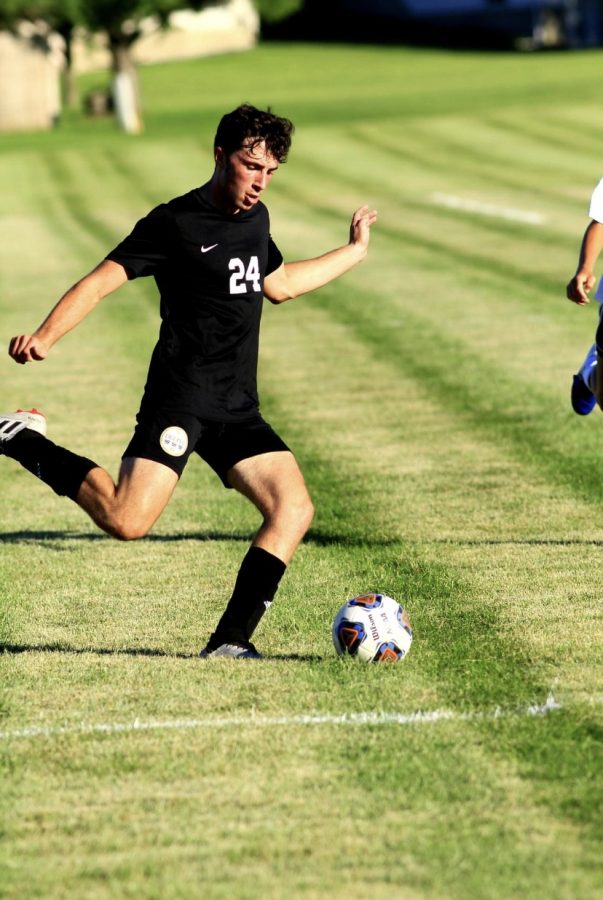 Delphi’s co-ed soccer program, now in its second year, had to end their season early this year due to the coronavirus.  The team was not able to compete in sectionals, and missed several games at the end of the season, including games against Faith Christian, Rossville, North Montgomery, and a rescheduled game against Taylor.  This was all due to a confirmed positive case of COVID-19 among the coaching staff.  The entire team had to go into quarantine from Sept. 25 – Oct 8.  This had further repercussions for senior Gavin Gleason, who couldn’t play for the football team during this time, and sophomore homecoming prince Maguire Thompson, who had to miss the homecoming game.  Delphi’s four senior athletes on the team did get to celebrate senior night, but never got the chance to finish their final season.