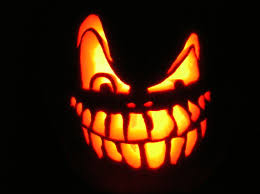 1st place
The Legend of Varia Monroe
by Allyssa Anslover
Legend has it, there has been a girl locked in a cabin in the Bramble Woods for decades. Nobody in their right mind dares to go near, “The Bramble,” as they call it, for fear of their lives. Her name is Varia Monroe, and her nose has a wide scratch on it, supposedly from when she was locked in the cabin. She was last seen in a tattered nightshirt. They say she’ll snatch you up without pause if she catches you wandering the woods. Bodies have been reported lying about, all with a horizontal scratch upon their nose, much like Varia’s.

“Hurry up, Gavin!” Grace called to her brother. They were walking home from school, and Grace couldn’t be in more of a rush. It was October 14th, only 17 days until Halloween, and she didn’t even have a costume! Gavin didn’t trick-or-treat anymore, he said, “14 year-olds don’t trick-or-treat.” And that was two years ago, but you’re never too old to trick-or-treat! Now Grace was 10, and still trick-or-treats.
At home, Gavin and Grace’s mom, Gabby, let Grace use her tablet for outfit shopping. None of them seemed good enough! They were so unoriginal. Just a bunch of clowns, witches, bats, how bad can you get?! Then it hit her. She should go as Varia Monroe! She could use a washable red marker for the scratch, a tattered shirt, and she was good to go! She told everyone her idea.

“WHAT. ARE. YOU. TALKING ABOUT?” Gavin spoke softly and slowly, enunciating in an eerie voice. He was very afraid of Varia, so they never got even remotely close to the woods when they walked home from school each day. Grace didn’t like going around the woods because it took forever.

“It’s so creative, though!” Grace exclaimed.

“Now, now, kids. Grace can go as whatever she wants, Gavin. You don’t even trick-or-treat anymore, so who are you to say?” Gabby turned to Grace, “You know Gavin is extremely scared of Varia. Why do you want to go as Varia anyway?”

“‘Cause it’s so original, and everyone is afraid of her, so no other kid is going to go as Varia! The costume would be easy to make, too. All I need is a red marker and a ripped up shirt.”

“You are not wearing just a long shirt on Halloween! Even though we live in Oklahoma, it’s still kinda cold!”

“I’ll wear some skin-colored pants with it!”

Gabby sighed, “Alright. If you say so.”

“Gavin, Grace can go as whatever she wants, and that’s final.” Gabby replied sternly.

Halloween was finally here, and Grace’s costume was terrific! Gabby let her use some of her cherry chapstick to make the scratch on her nose, and Gavin relented and gave her one of his old, ripped up shirts. Gabby made sure he took Grace trick-or- treating.

Everything was going great, and Grace got buckets full of candy! They stayed out until 9pm, and Grace usually has to be inside by 7! Grace asked, “Can we go into the next neighborhood? They give out FULL SIZED BARS!”

Grace started walking and got closer and closer to the woods. Gavin was getting nervous. “Hey, c-can we start going back h-home? It’s g-getting late,” he stuttered.

“You’re no fun! I’m just going to go a little further…” Grace mumbled as she wandered into The Bramble.

Ten minutes later, they’re both nowhere to be seen. Gabby was getting anxious. Where were her kids? Did they get kidnapped? Did someone invite them into their home while they got the candy? She hopped into her green sedan and drove around the town. “Oh, why did I let them go alone? I know that Gavin is afraid of The Bramble! Grace is so curious, I bet she went in there!” Gabby moaned to herself. She drove to The Bramble with her flashlight and went in.

Hours pass by. Gabby is still wandering, trying to find her children. It’s nearly midnight, how would they be able to see? She’s extremely tired; being a single mom, she doesn’t get all that much sleep. She passes out, dropping the flashlight.

She awakes suddenly to something dropping on her. It is now 3:30 in the morning. That thing dropped on her was Grace’s body. It was dead.

And it has a scratch on the nose.

It has been 10 years since Grace was killed. Some say it was Varia, some say it was just someone trying to keep the legend alive. But be warned, when you hear a legend, take caution. You just might end up like Grace.

2nd place
The Empty House
by Bradley Jacot
One gloomy day I was walking home and I saw an abandoned house and saw that the front door was open so I asked who was there and there was no answer. So I walked in and saw a red stream of blood on the floor. I started getting really scared. Then I ended up following the trail and out of nowhere BAM the front door just slammed so I jumped because I was in shock. I looked at the front door and it was open so I got confused. After almost having a heart attack I thought “I’m going to leave.”

So I went towards the door but it was closed so I went to open it but I couldn’t. After that I went towards a window and tried to open it but it was jammed. I looked for a phone and luckily found one so I picked up the phone and dialed 911. I waited for them to answer and they did but I heard something disturbing it said, “Your family is okay but you won’t ever see them again as you will be stuck in THE EMPTY HOUSE FOREVER HAHAHAHAHAHA!” *Screams in the background* That’s when he hung up.

Now that I know what’s happening, I got a chair from the kitchen and slammed it into the window, but the only thing that broke was the chair. Out of nowhere I hear a basement door open. I know that it’s time to run so I find some stairs and run up them and out of nowhere I stepped on one of the steps and I broke through the floor and fell into the basement floor. By the way since I might die my name is Jake and I am 17 years old. Back to the story. I am on the basement floor. I try to stand up but my foot hurts bad. I know it’s broken so I start to hop but I look up at the stairs and see someone that is coming towards me so I hop the opposite direction.

Now I know I’m screwed cause he is catching up with me, so I stop and look straight at him and he has blood streaming down his eye sockets and he has no eyes he has ripped clothing so I look at I his hand and see a bloodstained knife so I limp as fast as I can. I make it up the stairs so I ram into the door. It breaks open and I’m free from the basement. I run towards the front door and ram into it. It breaks open and I exit. But then I remember my parents, so I run across the street and on the front porch of our house. There is………….Both of my parents………..DEAD!!!!!!!

So after I saw that I moved to a new country and I never ever forgot that sight of my parents. But even though I’m in England now I sometimes still hear a noise in my basement but when I check no one is there. I also have nightmares about the man with no eyes. But the main part is why was the house called The Empty House and who was the guy that told me that my parents were okay. After a couple years have passed I have had kids and a wife. But then one day when it was pouring outside I heard a knock on the door so I went to answer it. Then I see him with no eyes or as I call him the Eyeseeker. Now I know what to do so I slam the door and run towards my room.

I have been preparing for this so I grab my axe and I go back to the door and open it but he is gone so now I’m freaking out. So I go upstairs and I go to my kid’s room and I see the Eyeseeker holding my child so I swing the axe at him and BAM. But when I look closer there is only a scratch so I hit him again and again over and over but he doesn’t even budge. So I push him to the side and pry my child out of his hand and I run to my wife’s room and tell her to follow me. So after I told her to follow she did and I ran to the car and told them to get in and we drove far away to America and we lived there for the rest of our lives. I still don’t know the man that said my parents were okay but I left that behind.

But after a while of being in my new house I start to realize that this house I live in now is the Empty House so I tell my family. They say that it’s okay but I know it’s not. So after a while of talking to them I hear the phone ring. I go to answer it and I hear him say that my parents were okay. He said, “Hello Jake. I would like to see your family reunite since it’s been tons of years since I last called you and I am at your door.” So after that I went to the door and saw someone there so I opened the door and the man I see looks like this. He had a Fedora, tuxedo, fancy pants, and dress shoes. In his hand was a cane and I knew what type it was : a sword cane. Out of nowhere he impaled me and said, “I’ll let your family reunite in heaven.”……………………..TO BE CONTINUED.
3rd place
Lucifer’s Halloween
by Brooklynn Curtis
He teleported his scythe to him, as he padded over to the portal to earth. He laughed creepily, as he knew he would be able to scare people to death. He walked through the portal, as his wings and horns turned invisible as well as his scythe. He looked around, as he saw someone dressed up as a demon. The person was talking to the others around them saying that they were the devil. He felt anger boil up in him. He walked over to them, he disappeared and grabbed the kid flinging them into the wall. “You’re not the devil,” he hissed. The kid stared at him in fear. “You going to walk away or just stand there like a coward?” He chuckled. He frowned as the kid stayed in place. “Well, bad choice bud.” He chuckled creepily. He pulled out his scythe and cut the kid’s arm off. He started to walk away when the portal appeared. He sighed as he was needed back in the underworld. Well, he thought, at least I was able to have a little bit of fun.