Teams prepare for the spring season ahead 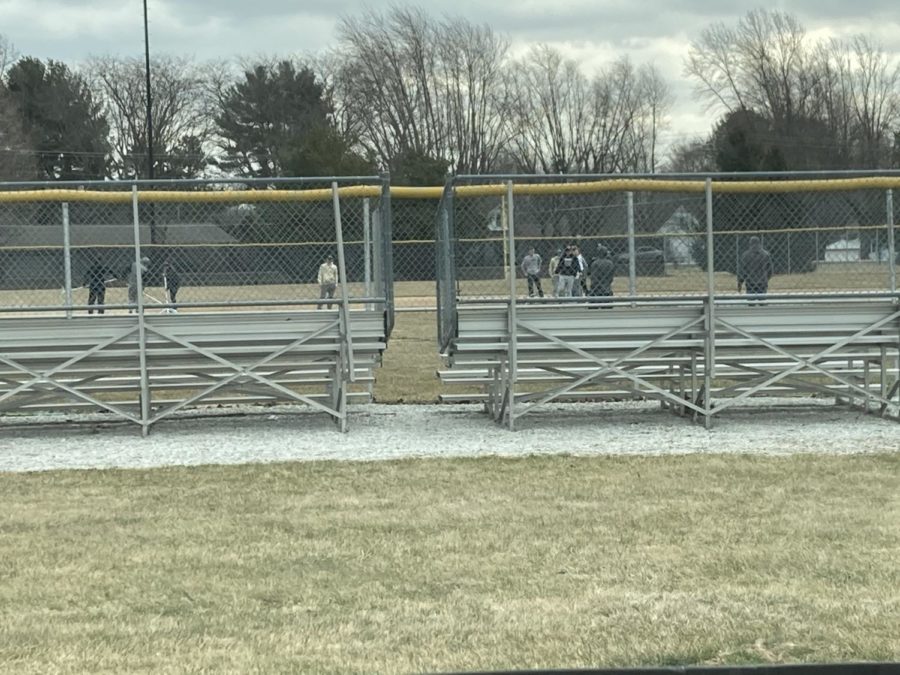 As winter sports finish up, the spring athletes are preparing to take the field.  With sports such as track, baseball, softball, girls tennis, and boys golf beginning in a few short weeks, teams work hard to get in all the practices they can.

Track and field season officially started several weeks ago, timing unfortunately with poor weather and three e-learning days.  As they waited for the ground to clear, and temperatures to rise, the team practiced indoors.  However, practices recently moved outdoors with the improvements in weather conditions.  The first track meet will not take place this year until after spring break.

Baseball and softball are both making use of their fields, and the newly constructed sports building, in order to prepare for the season.  The softball season officially started Monday, March 8, while baseball isn’t set to officially start until several weeks later.  The two teams are working around each other for space and practice time, but aim to be as prepared as possible for their first games.

Boys golf has not begun yet, and will not begin until March 15.  The team will spend most of its time preparing after the break.  They hope to be able to practice outdoors, with warmer weather as we truly enter spring.  The new sports building built next to the baseball field will prove a useful asset should the weather deteriorate.

The girls tennis team has begun conditioning.  Like the other outdoor sports, they are glad of the improving weather.  The team has already hit its first obstacle, as an athlete has already sprained an ankle.  With spring break giving the team a week off, the rest will come in useful.