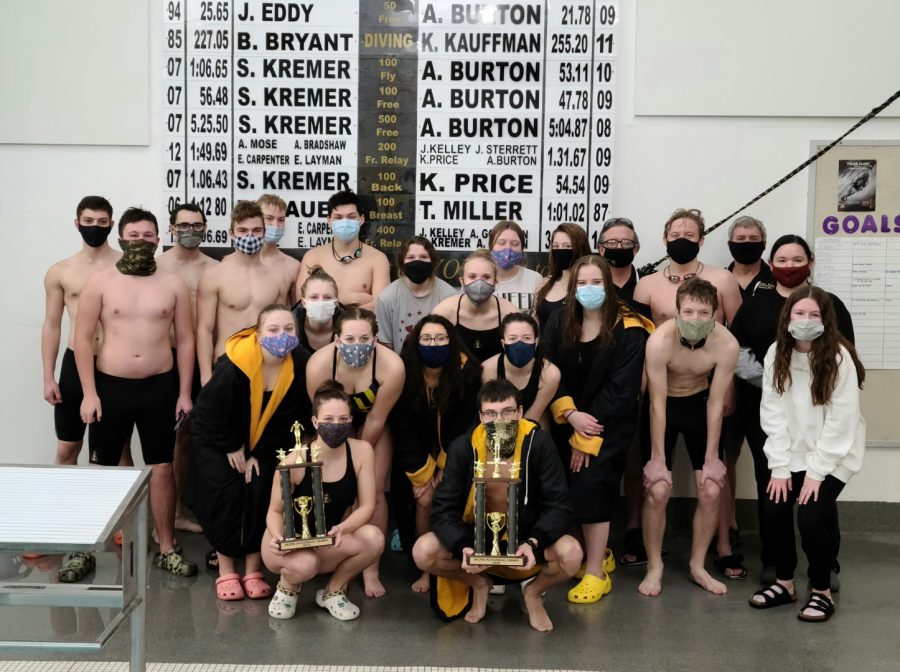 The 2020-2021 Delphi swim season was a very different experience from seasons past.  From equipment failures to quarantines, the perseverance of the team was put to the test.  Despite the many difficulties, both the girls and boys teams were able to finish the season, if not in the way they had hoped.

The troubles for the swim team began in December when the heating pump for the pool broke down.  The team switched to dryland training in the gymnasium.  Eventually coach Fred Schorm and athletic director Kevin Sims coordinated with the Carroll athletic department to allow the Delphi team access to Carroll’s pool in the evenings. This resulted in some long nights for the swimmers, but the water time was valuable.

The girls team finished their season later than expected.  After getting quarantined and missing sectionals, an extra week was added to reschedule senior night and a conference meet where the girls finished in fourth place.  Senior captain Madeline Adams said, “The team did amazing this year considering all the stuff we went through.”

The boys team had many of the same struggles; however, due to the later start and end of the season for the boys, they were able to participate in their regularly scheduled sectional on Thursday, Feb. 18, and Saturday, Feb. 20.  While the team didn’t have the consistent season they have had in years past, the team was still competitive.

Some of the top finishes for the team include;