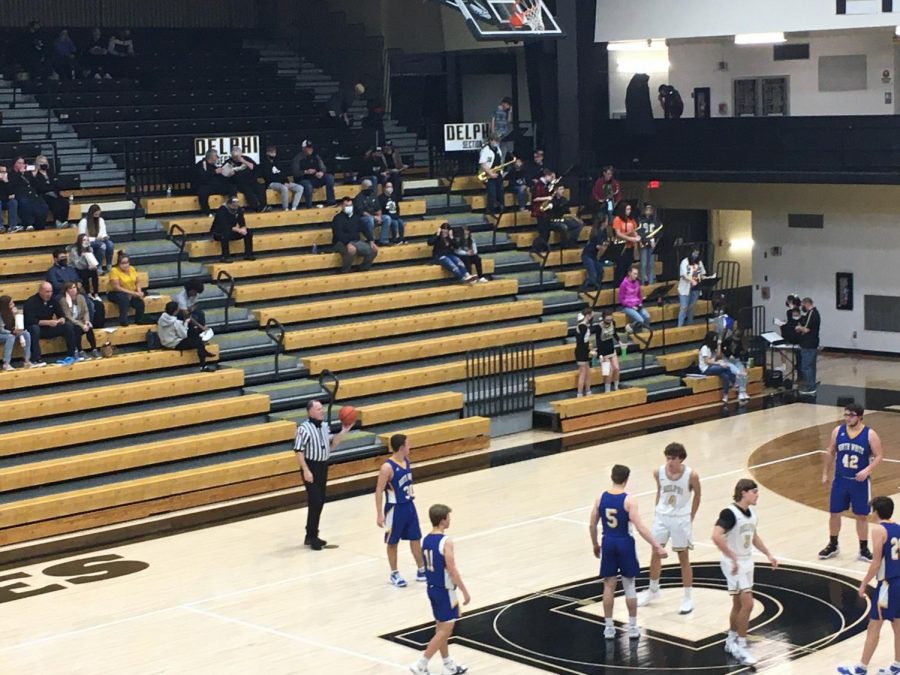 Large crowds are trademarks of athletic events.  The energy you can feel when a player does something spectacular, the roar that comes with every success.  Fans are more than idle spectators, their cheers can have a large impact on the outcome of a game.  Fans’ reactions to what happens can motivate players to perform better than they otherwise might.

Due to COVID restrictions some athletes are feeling the difference between the larger crowds in past years and this year’s limited spectators.  Many of the athletes that have played in fall sports this year have felt the impact.  Senior football player Jordan Roth said, “Not having many people there was very difficult.”  He is one of the many athletes who missed the energy of a large crowd.

While some sports don’t tend to draw as much attention as baseball, basketball, and football, the athletes who play them still appreciate the fans who do show.  Senior volleyball player Haley Nelson believes that “When the crowd is more involved and cheering, I can tell that it motivates us to play better.”  Even though sports like volleyball can be overshadowed by more popular sports such as football, fans still have a large impact.

One thing that many spectators don’t think about, but some players notice, is the difference between a friend cheering and someone you don’t recognize.  Some players feel that a stranger’s support can have a stronger impact because they have nothing forcing them there, while others find solace in the cheers of someone close to them.  Junior swimmer Sarah Howard says that she prefers when someone she knows cheers her on.  Jordan Roth, on the other hand, said, “I notice more when someone I don’t know cheers me on. I expect the people I know to cheer me on, but it makes me want to try and play harder when someone I don’t know cheers me on.”

No matter the sport, and no matter the crowd size, athletes enjoy the presence of supportive crowds.  While it affects some more than others, all will agree that fans are important.  COVID has been hard on some athletes who feed off of their fans.  As we move into winter athletics, it is important to remember that spectator limitations are for the safety of the players, and that while it may affect performance, the limitations are necessary.