DCHS students participate in sixth annual This I Believe event 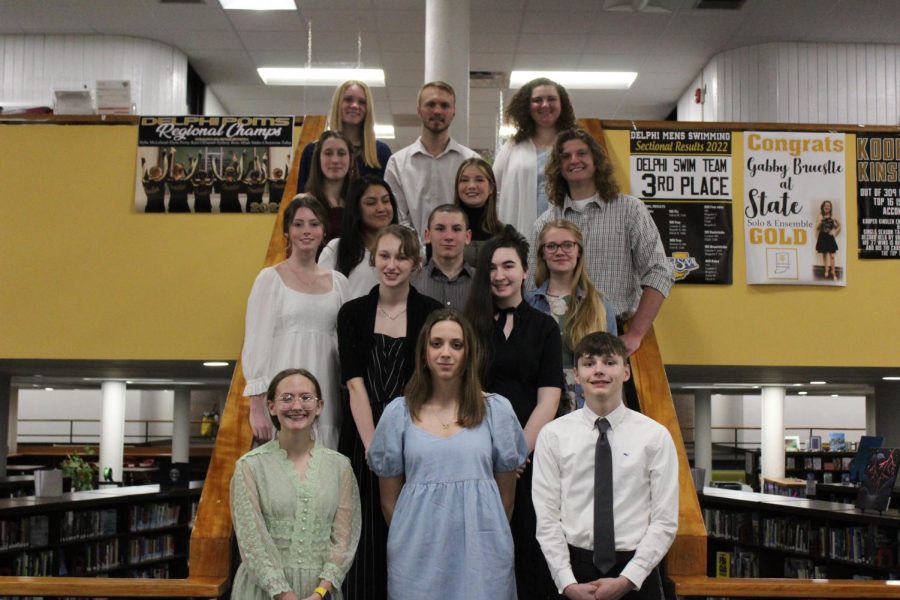 DCHS hosted the sixth annual This I Believe event on Tuesday, March 15 in the Little Theater. The event, sponsored by the English department and emceed by junior Maguire Thompson, featured DCHS alumnus Mike Hoffman as the keynote speaker, a spoken word poetry performance, an explanatory video, and This I Believe essays from sixteen DCHS students.

During the event, the sixteen students shared their essays with the audience. The students each shared unique perspectives on their lives and experiences. According to senior essay winner Grace O’Neil, “I’ve always wanted to at least make the top four but I never thought I’d make it there. I’m proud of myself and I think it was a great night.” As the senior winner, Grace will be awarded a $300 scholarship to go towards her future endeavors.

While many other groups added to the night, it was through the hard work of the English department that DHCS was able to host the 2022 This I Believe event. It started in February when each student in the high school was assigned to write a This I Believe essay for their English class. From the essays, the English teachers and the librarian, Mrs. Tonsoni, picked their four favorites from each grade. These finalists then worked with the speech teacher, Mr. Mroczkiewicz, to prepare to present their essays at the This I Believe event.

This I Believe began as a radio show in the 1950s. It’s goal  was to teach people to respect others’ beliefs. In 2017, DCHS decided to start putting on a This I Believe contest. Each year, it has been met with positivity from the community, staff, and students. This year was Mr. Shuler’s first year as principal, so his first year seeing a This I Believe event. According to him, “Before tonight, I never really knew what it was about, but I’d heard of it. It was quite interesting to see the kids come out of their comfort zones and it was a great first experience.”