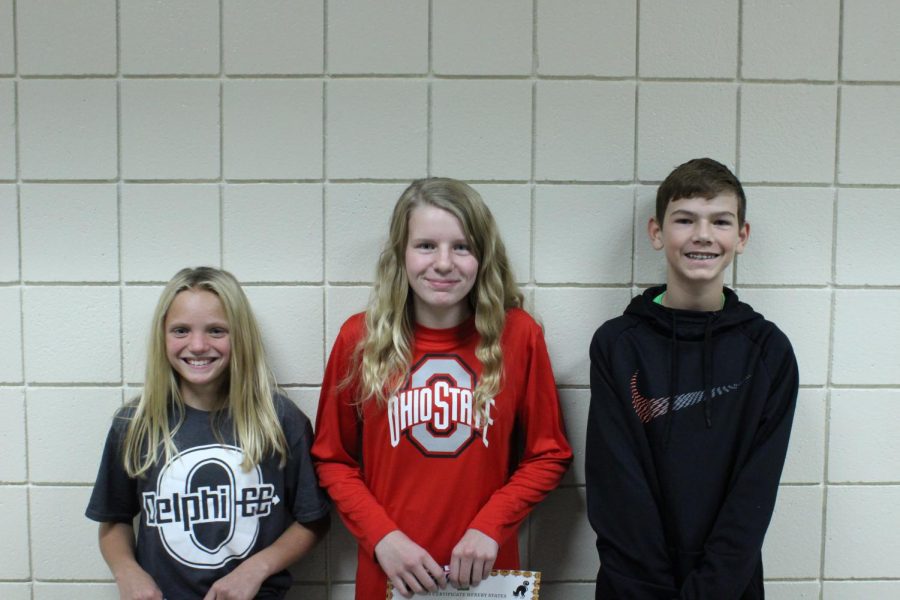 It was October 31, 2018 Halloween night. Everybody was so excited to be able to go out with their friends and get loads of candy. What they didn’t  know was that there was some kind of odd creature. This creature went by the name of Lamia. What was this scary,odd creature? Well according to greek mythology Lamia was a Queen of Libya who became a child-murdering monster feared for her malevolence. Lamia was also known as a female demon.

When the children went out to go trick or treating the parents could feel the swish of her passing. Though they did not know that it was her. Every single Halloween she picked kids off one by one without being seen. Until one day a little boy claimed that he had seen a foggy white dress roaming the streets. So that Halloween night he looked and looked. Suddenly the boy heard a scream. What could that possibly be? A prank?

Then again came the white dress. But this time she carried something with her. He stared until his eyes burned. When he blinked she was gone. Then it finally came to him. It was a young girl that had been carried away by the white blob. This almost invisible ghostly monster had taken a young girl right in front of him.

He was still staring in the direction in which Lamia had disappeared When he suddenly heard another scream in the opposite direction. This time he did not see just a white ghostly dress passing him. He saw a beautiful tall skinny woman floating in the air, her dress and the rest of her body was a beautiful foggy white color.

She was so tall that he could barely see her face. All he saw were long eyelashes and a long nose. Her cheeks were slim and you could see her cheekbones clearly. He stood there gaping watching as the ghostly figure whooshed by him.

Again she was carrying a child. This time it was a young boy. He sat down on the curb of the sidewalk. He had seen this creature, woman, Whatever this thing could be twice in one night. How come he had never seen her before? Could it be that she was a halloween spirit? Did she only come out on halloween? Had other people seen her,or was he the only one? Why was she picking up children and carrying them away?  So many question though there were no answers.

“Hello?” said the boy. His voice all shaking. The ghostly figure turned around sharply. “Who are you?” “What are you doing with that boy?” She bolted towards him and stopped right in front of him. “Your next” She said.  This time he got a closer look at her. She had long white goolish hair, A long slim nose, a slim face, the only color on her were her beautiful blue eyes. She was tall and Had an oddly shaped crown on top of her head. Though the boy could not believe what he had just seen. Or what he had just heard.

He ran. He ran so fast that you were barely able to tell who he was. Once he got home the first thing that his mom asked was “Where is all of your candy?” The second question was “Why are you so out of breath?” All the boy said was “It’s a long story.”

“Good morning, I am your host Sandra Michaels for the channel 5 news. We have breaking news the serial killer known as Creepshow, has just escaped from the mental hospital in North Dakota. We have Jason Matthews at the sight of this very interesting story. Jason if you would tell us what has happened.”

“Yes, Creepshow has just escaped this mental hospital. He is very dangerous and-”

“What a bunch of fake news! Yes he is quite dangerous and make sure you have everything locked, so there won’t be any chance of murders!” Derek says in a sarcastic voice.

Derek had never been fond of the news. He just thought everything was fake, he never told anyone why.

“Derek aren’t you just a little worried that Creepshow will come here. I mean there is really no places for him to hide than in a giant forest with a huge cabin with kids he can kill!” Tess says horrified.

“She is not scared Renee, she is just nervous,” I retaliate.

“How about I use the radio thing to play some white noise for us to sleep. Does that sound good to everyone?” Derek asks.

No one answered so we just went to our rooms. Derek’s parents had paid top notch money for this radio that went to all rooms. Luckily it played white noise, which was great for us. It was very peaceful going to sleep with the white noise machine, until about 12:30 when I heard rustling outside my bedroom window. I got up and looked outside the window. Then something jumped out of the bushes. Luckily it was just a rabbit. When I went back to bed, something happened. The front door flew open and he walked in. He walked into each bedroom just to stare at the children and make sure they were asleep. I woke up in the middle of him just staring at me. A chill went straight down my back. Then he walked away and went up to where the white noise machine was playing, and he made it his own white noise.

“Good morning children, I have a little rhyme for you,” he started.

Everyone ran out into the living room looking really confused.

“What is going on!” Renee asked.

“Hickory Dickory Dock, the children ran all through the house. When the clock struck two one would be done, hickory dickory death.”

“Was that… Creepshow?” Tess asked.

“We have to get out of here!” Renee shouts running to the front door.

“No, no, no, no. There is no escape from this Creepshow!” Creepshow says laughing hysterically.

“Guys we have 10 minutes before he comes to find one of us,” I say nervously.

“What about the cameras he can see everything!” Renee says.

“I’ll destroy them. You guys hide!” he shouts.

In that moment we run off hiding any place we can. I hid in a closet with clothes in front of me. Hoping that it would block Creepshow from seeing me. That same moment Creepshow opened up the closet door and moved all the clothes. Luckily there was a mannequin in front of me so he didn’t see me.

“Aaaahhhh!” Renee screams as she is being dragged away by Creepshow.

“Renee!” Derek screams as she is being pulled away.

“We can’t just hide again he has proven he can find and kill us very easily,” Tess states.

In that moment Derek ran for the phone dialed 911.

“Help, Creepshow is in our house and he has already killed one of our friends!” Derek says.

“Ok, what is your address?” she asks quickly.

Derek falls to the ground, with a gunshot to the back of the head. Tess screams and runs for a window. I follow her she picks a chair and wacks it open. We both jump out and run into the woods. We head straight for town with Creepshow right behind us. Tess slips on a piece of ice. I help her up and we continue to run until we come up to a steep ravine. We can’t jump it so we climb up a tree right next to the ravine. We get as high as we can but Creepshow starts to shake the tree. Tess slips off the branch we are on, but I grab her hand and pull her back up. Creepshow gets mad and he starts to shoot at us.

“I got you, I got you!” Creepshow screams while laughing hysterically.

It was a cold and mistic October, but the people of Smeezle Town weren’t excited for Halloween because they weren’t allowed to celebrate it. Back about ten years ago a mystery happened, two men, that we think were the town’s bankers, they stole a body from the hospital cemetery. It was the body of the town’s most beloved person, Mr. Bunker! He was the very first major but he wasn’t just an ordinary major. He would walk around town greeting everyone, giving some spare change to the poor, and the most important one was the he could always make everyone smile.

It finally became the day of Halloween and everyone stayed inside, but the two guards standing at the main and only gate to enter the hospital cemetery. The wing has a soft whisper and touch. There was leaves blowing everyone and when someone took a step you could hear the soothing crunch of the leaves under their feet. But that wouldn’t stop the people that like stealing bodies from the hospital’s cemetery! But nightfall began coming faster and faster, the wind stopped blowing, and it was so quiet all you could hear was the crickets in the field about a mile on the other side of town. But then suddenly there was a van slowly driving along the road, it wasn’t very suspicious at first until the two men got out of the van. Both of the men had a dark ……. Ahhhhh! Then there was a scream of a little child who had seen a giant rat skittering across the floor of her upstairs apartment.

The men started walking over to the guards and started a normal conversation until one of the men stabbed one of the guards with a butchering knife. The other man grabbed the other guard and did the same thing, the men then put a bunny costume on the guards and sat the up along the gate to make it look like they were just chilling.

Then the time came, the two men decided to climb over the gate and into the cemetery. Once they got in they came across a grave that stated the name Mrs. Bunker, they knew that she was probably buried with valuable items. That’s when they started digging away. After hours of digging they came across a coffin and stood there staring at it. Then suddenly there was police car sirens that were getting closer and closer every second. The police arrived almost five seconds later. When the police jumped out of the car the men jumped in the van and then…