A taste of childhood: remembering our favorite fairytales 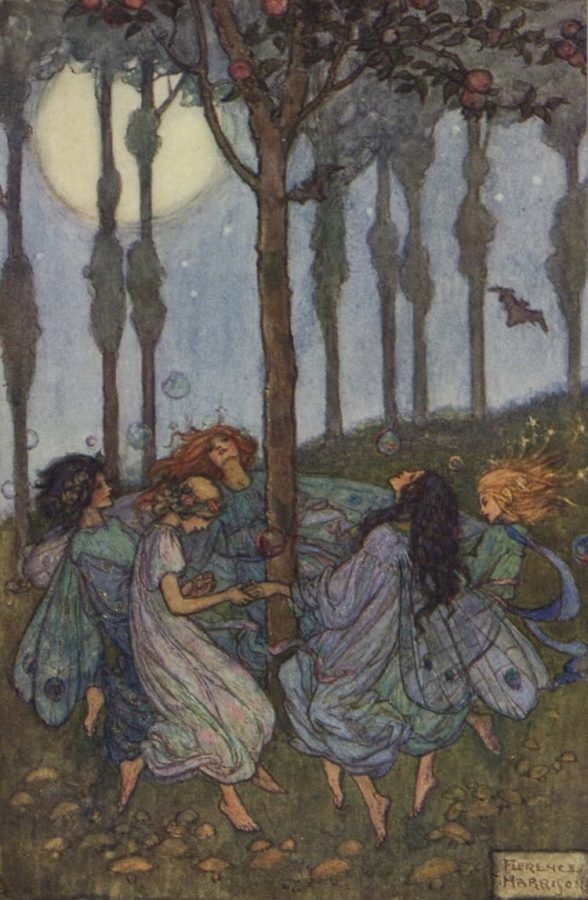 Folklore, old wives tales, myths, legends, epics. Whatever you may call them, stories of these genres have been the foundation of the imagination, especially in our childhoods. And whether it be a fantastical hero legend such as King Arthur, enchanting lore of fairies and goblins dancing in the forest, or even classical Disney stories (many of which were based off of the writings of Charles Perrault and the Grimm brothers), narratives such as these have shaped us into who we are and how we use our creativity. So, why don’t we take a trip down memory lane and reminisce over the tales of our youth?

Beloved English teacher, Mrs. Kreiling, had a hard time stating which tales from her childhood were her favorite (who can blame her?), but she eventually named some such as Forgotten Fairy Tales of Brave and Brilliant Girls and Good Night Stories for Rebel Girls (a particular favorite of her daughter’s), as well as the usual classics. Mrs. Kreiling often reads these cherished stories to her granddaughter, Autumn, and is incredibly excited to keep sharing them with her as she grows older. She believes that reading fairy tales to young children encourages creativity and instills a sense of wonder inside a child’s mind and soul. “There’s no greater gift,” said Mrs. Kreiling. I couldn’t agree more!

Madeline Adams also has some stories that she holds dear to her heart, but her most cherished book from childhood is Stellaluna. Madeline describes this tale as short and sweet, where a young fruit bat loses her mother and stumbles into a bird’s nest, where the bird cares for her. Although they know that they are different, they are able to overcome this and become fast friends. Madeline’s mother got her this book when she was much younger, and she has loved it ever since. Stellaluna was also the first story that she remembers hearing. She believes that a good moral is always a good centerpiece for a children’s book.

Cynthia Rossi, fellow Parnassus member, absolutely adores The Sneetches by Dr. Seuss. Cynthia was “obsessed” with this story and wanted it read to her every night from the ages of 2-5 years old. She states that the story comforted her and gave her confidence that it was okay to be different, even if other people mocked her for it. She plans to read this story to her future children, as well as relate the story’s morals to Dr. Seuss’s racist beliefs in order to teach them many valuable lessons in accepting others for who they are.

Aiden Foster also enjoyed Dr. Seuss. His favorite story was Oh, the Places You’ll Go! Aiden favors this story because of the rhythm of the words, along with the rhyming that appeals to a child’s mind, almost like it was music. He also stated that he enjoyed the positive message behind the story, due to it giving him constant encouragement to face life’s challenges and to trudge on with hope.

As for my favorite childhood story, it would most definitely have to be “Vasilisa the Beautiful,” which is an old Russian fairytale. This story was read by either my mother or grandmother, and I would often beg for them to read it. The story follows a Russian peasant girl who uses a matryoshka doll (which she got from her mother) to comfort her, and follows her journey to find happiness through hard work. This story taught me that no matter what, hard work and ethics always prevail, and it often gave me hope as a child. Although one of the villains, a Slavic monster known as Baba Yaga, haunted my nightmares daily. Not so fun!

Although we all grow up, memories from childhood will always be a cherished part of our lives. Whether it be a silly little story only meant to entertain, or an ancient tale with an outstanding moral lesson, there is nothing like a soothing book-reading from your youth.