Lessons in The Nightmare Before Christmas 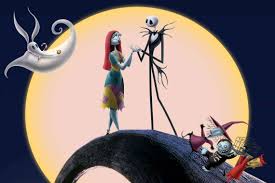 The movie The Nightmare Before Christmas is considered a staple around Halloween time. The movie is about Jack Skellington and his boredom with being the Pumpkin King for several years. After visiting the world of Christmas, Jack decides to recreate the magic associated with the Christmas season. Much to Jack’s dismay, many different problems arise, derailing his plan and causing chaos. However, I believe that there are several themes much deeper than surface level conveyed during this movie.

To begin, I appreciate that the movie teaches viewers that it is okay to experiment with our personalities. Jack was becoming spiritless about Halloween. The joy he once had as the Pumpkin King was starting to fade away. So, Jack decided to try something new. While its execution was far from perfect, Jack learned a lot about himself in the process. This can also apply to humans. Whether it’s trying volleyball after playing soccer your whole life or even something as revolutionizing as experimenting with pronouns to figure out your identity, it is natural to change as we grow up and become the people we’re meant to be. And there’s no shame in deciding these changes aren’t the right fit for us and reverting back to our old ways. What The Nightmare Before Christmas teaches us is that it is perfectly normal to try something new and decide it doesn’t work best for us, as long as we get out of our comfort zones.

The next lesson in The Nightmare Before Christmas is to always keep an open mind. During the course of the movie, Sally shares with Jack her worries about his plan. Jack, being the ambitious and hopeful skeleton that he is, decides to pay no mind to her concerns. In the end, Jack realizes that if he had listened to Sally all along, he could have spared himself a lot of embarrassment in the process. Sometimes, we become so hopeful that something will work out that we don’t weigh the possibility of error. While it’s great to have goals and plans for ourselves, it is important to account for the fact that life doesn’t always work according to our own goals and plans…just look at COVID-19! We must always remember to be open-minded and listen to others around us.

The movie The Nightmare Before Christmas has so many lessons within its plot. The next time you watch this movie, look out for these themes and think about how they could apply to your own life!