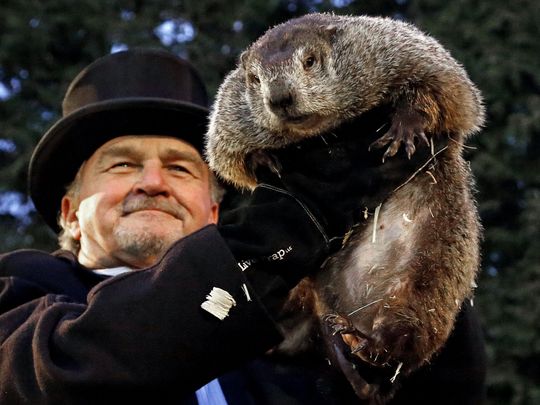 One of the best things about winter is hearing that Groundhog Day is approaching soon, and I am happy to say that it is.  Feb. 2 is the date to look forward to, where the rodent may or may not see his shadow when popping up from the ground, resulting in either six more weeks of winter, or spring coming just around the corner.

Before the inception of Groundhog Day, the blooming of spring was celebrated on Feb. 2 in many different ways.  At the start, the Celts, an Indo-European group in the 4th century, appointed this day as Imbolc, to celebrate the end of cold weather, little food, and no warfare.

As time went on, the Teutons, from Germany, noticed the hibernation of animals, such as hedgehogs and badgers, and when they returned, indicating winter is coming to an end.  They expanded on the traditions of the Celts, celebrating Candlemas, where a feast was held to commemorate Jesus’ birth. They selected the groundhog, because of its intelligence, to determine when spring would appear, and later carried the tradition over to Pennsylvania.

According to the Punxsutawney Groundhog Club, “They determined that the groundhog, resembling the European hedgehog, was a most intelligent and sensible animal and therefore decided that if the sun did appear on Feb. 2, so wise an animal as the groundhog would see its shadow and hurry back into its underground home for another six weeks of winter.”

Finally, on Feb. 2, 1887, the first official Groundhog Day was celebrated in Punxsutawney, Pennsylvania.  This tradition has remained a national holiday from then on, and will continue to do so.

Every February, thousands of people from all over the nation gather together in Punxsutawney to see the groundhog pop out of its hole and determine just how long we have to wait until spring.  Keep your fingers crossed in hopes that the groundhog won’t see his shadow, and spring will come about before long.